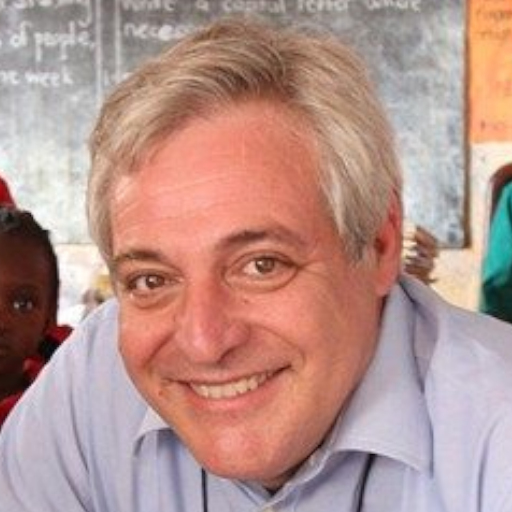 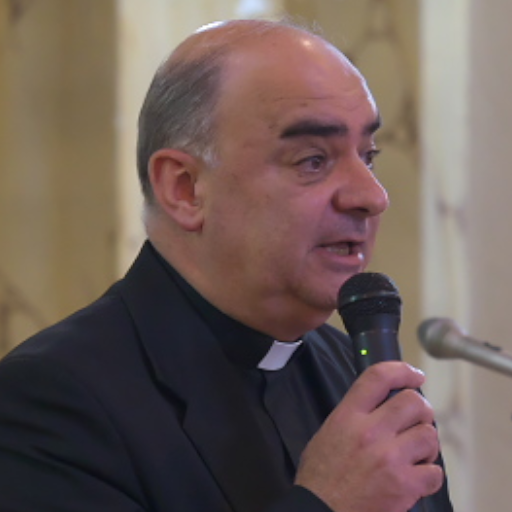 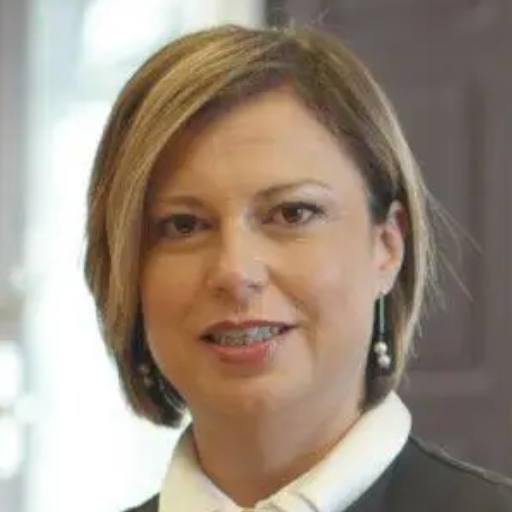 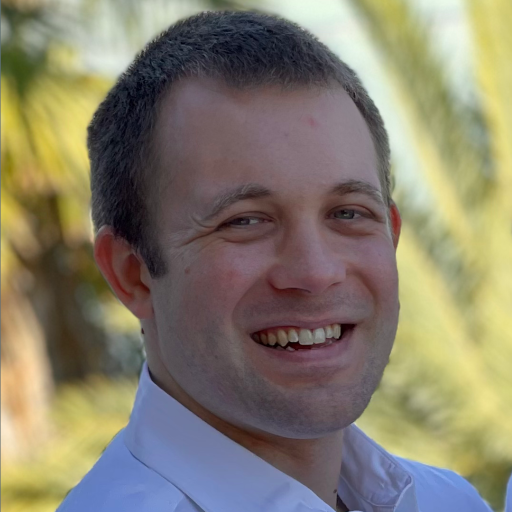 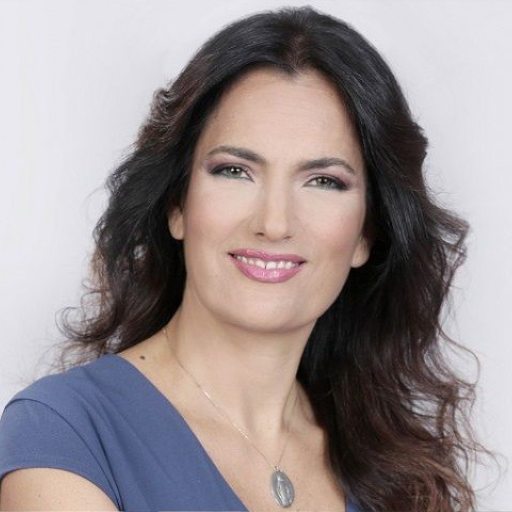 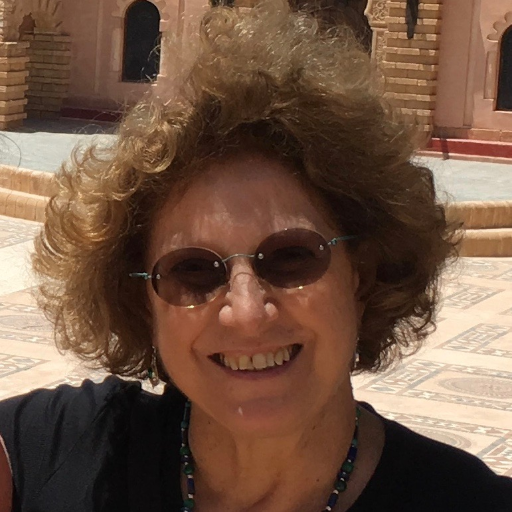 Safiria Leccese was born in Gaeta, in the province of Latina. After graduating in Law from the LUISS Universit, she began a career in journalism for the Roman television network

"GBR." In 1997, she joined the editorial staff of "Studio Aperto su Italia 1," becoming one of its best-known faces, and since September 1999, she has been registered as a professional in the "Ordine dei Giornalisti" (Order of Journalists) of Lazio. In 2011, she was called upon by the Vatican Television Center to conduct the live broadcast of the vigil for the canonization of Pope John Paul II. In November 2011, she left "Studio Aperto" to move to the new Mediaset TgCom24 network. Since April 2015, she has been host of the program "La strada dei miracoli" ("The Road of Miracles"), broadcast in prime time on "Rete 4." The program started in April 2015 with 8 episodes and after its remarkable success, it had a second edition in November and December 2015, extending the series also with two new specials, a third edition from January 19, 2016 and a summer edition from June 21, 2016. Leccese has written and published: “La strada dei miracoli”, Piemme Edizioni, 2015 and “La ricchezza del bene. Storie e imprenditori fra anima e business" ("The Wealth of Good. Stories of entrepreneurs between soul and business"). She has received several awards, including, in 2015, the City of Rome award; and in 2016 the "Torre d’Argento" award for the program, "La strada dei miracoli."

Don Cesare Provenzi is President of the Assisi Diocesan Foundation - Sanctuary of the Renunciation. Born in Martinengo (Bg), he was ordained in Assisi in 1995, and served as

personal secretary of Bishop Goretti, episcopal master of ceremonies, and co-director of the diocesan Caritas. Since 2004 he has been parish priest of the Cathedral of San Rufino, and from 2014 Prior of the Chapter. In 2018, he was appointed President of the Assisi Caritas Foundation and Episcopal Vicar for the economy.

Sr. Alessandra Smerilli f.m.a., a religious sister in the Salesian tradition, was born in Vasto (Ch) in 1974. She holds a PhD in Political Economics from La Sapienza University in Rome,

and a PhD in Economics from the University of East Anglia (UK). The author of various books and articles, she also writes for Catholics newspapers and has appeared both on television and radio. Since 2014, she is Full Professor of Economics at PFSE-Auxilium, a Vatican University in Rome and she is also a lecturer at the Pontifical Lateran University. She is founder and member of the scientific committee of the “Scuola di Economia Civile” (School of Civil Economy), member of “Consiglio Nazionale del Terzo settore” (National Board of the Third Sector), and the “Comitato scientifico e organizzativo delle Settimane Sociali dei Cattolici” (Scientific Committee for Social Weeks of Catholics), promoted by Bishop Italian Conference (C.E.I.). She is also a member of various ethical committees and of the Permanent Women's Consultation Group of the Holy See’s Pontifical Council for Culture. In 2019 Sr Alessandra was appointed by Pope Francesco as Advisor to Vatican State, the first woman in history to hold such a position. Currently she is serving at the Dicastery for Integral Human Development as Secretary ad interim. She is also the Head of the Vatican Covid-19 Commission established by Pope Francis in March 2020.

A resident of Assisi, Francesco Di Maolo was born in Spoleto on 7 September 1970, and is a labor lawyer. Since 2013, she has been President of the Seraphic Institute for the Deaf and

Dumb, which carries out rehabilitation, diagnosis and treatment for children and adolescents at a developmental stage with physical, mental and sensory disabilities, a body accredited and affiliated with the national health service. She graduated in Law, University of Perugia, on 19 October 1995, with a thesis in Labor Law entitled "Business practice", and obtained the specialization (following a three-year course) at the School of Specialization in Labor, Trade Union and Social Security Law at the University of Macerata, with a thesis entitled "The Minimal Social Protection." In 2021, Di Maolo attended and passed the management training course for general management of the Local Health Authority, hospital and other health service bodies. From 2004 to 2009, she was a lecturer in Comparative Labor Law at the University of Macerata, faculty of Literature and Philosophy, for the degree course in linguistic mediation sciences. From 2006 to 2013, she was professor of "The Sources of Labor Law" at the University of Perugia, a degree course in the sciences of legal services. Again in the field of Labor Law, she instructed students enrolled in the "Lorenzo Migliorini" School of Legal Professions. From 2006 to 2013, she was contracted to lecture at the training services of Confindustria Umbria. Francesca Di Maolo is consultant of the National Office for Pastoral Care of Health and member of the planning office of the pastoral care of health of the of the Italian Episcopal Conference; President of the Umbria Region and Councilor in the National Council of "ARIS" (Religious Association of Social and Health Institutes); Director of the “Giuseppe Toniolo” Socio-Political Training School and Director of the Office for Social Problems and Labor for the Diocese of Assisi. She has published widely in specialist magazines.

Father Giulio Albanese, born in Rome on 12 March 1959, is an Italian missionary and journalist and belongs to the Congregation of Comboni Missionaries. A priest since 1986, he

directed the New People Media Center in Nairobi and founded the Missionary Service News Agency in 1997, which later became the Missionary International Service News Agency. He collaborates with various newspapers for issues related to Africa and the world’s southern hemisphere, including Avvenire, Città Nuova, Messenger of Sant'Antonio (Messaggero di Sant'Antonio), Italy-Caritas, Vatican Radio, Swiss Radio and the Giornale Radio Rai. From February 2007 to June 2014, he taught “missionary journalism / alternative journalism” at the Pontifical Gregorian University in Rome and until 2019 he was director of the missionary journals of the Pontifical Missionary Societies. Since January 2018, he has also been editor-in-chief of the “Amici di Follereau” journal. He is a member of the Committee for charitable works in favor of Third World countries of the Italian Bishops’ Conference (CEI). Since March 2019, he has been a columnist for the Osservatore Romano. He is also the author of some essays related to geopolitics, journalism and missionary theology. In July 2003, President Carlo Azeglio Ciampi awarded him the title of Grand Officer of the Italian Republic. In recent years, he has won 19 journalistic and 4 literary awards.

Ben Martin is a young layman who lives in Tampa, Florida with his wife Amelja and two sons Peter and James. He serves as vice president for investment operations at Atlantic

Merchant Capital Investors, a private merchant bank in Tampa. In addition, he serves on the board of the Martin Family Foundation, which supports Catholic education, pro-life initiatives, and other works of mercy, and as vice president for evangelization for Caritas in Veritate International, a US-based confederation of over 60 charitable organizations worldwide. Ben studied philosophy at Boston College and Loyola University Chicago, spending multiple summers in Rome and some time in Assisi. He has written extensively on ethics, ecumenism, ecclesiology, and synodality. The Bishop of St. Petersburg, Florida has recently appointed Ben to the diocesan committee overseeing the synodal process at the local level.